The full programme & some recordings, are on the PfR website

The agenda of the first day was extremely rich, 10 hours with 25 sessions, hosted by different teams. Whoever thinks that ‘disaster risk’ is one dimensional, is very wrong. The topics ranged from local action to national policy, from agriculture to heat waves, from bio-diversity to conflict. The second observation therefore is that the alliance has been extremely active, and extremely effective in setting the agenda – and making sure it is being implemented. It is testimony to the great diversity of organizations that together form the Partners for Resilience alliance. As we are entering the Decade of Action, these experiences are important. Practice what you preach, and preach what you practice. The sessions have shown that dialogues and on-the-ground action go hand-in-hand. PfR’s already ten years of working together show that the alliance is an important, indispensable player to make the voice of communities heard, and to support them to shape policy outcomes.

“Everyone who attended can only conclude that this programme leaves a great legacy”, said Raimond Duijsens, resilience coordinator at the Netherlands Red Cross.

Aditi Kapoor from IFRC/ PfR India opened the “passing the baton” ceremony on the 2nd day: “We are here together celebrating ten years of PfR. We will look back of cooperation, sharing achievements, highlights and insights, and we will look forward sharing next steps and recommendation for the upcoming “decade of action”. The theme of the event “passing the baton” explained: although the PfR programme does not continue as it was, the work will be continued by many partners and persons involved. The PfR legacy will be taken forward by all who have been involved in the programme”.

The programme was very diverse starting with cartoons. Pablo Suarez from the Climate Centre hosted a session on “learning from PfR: seriously!” Cartoons from two regional meetings in Africa and Asia, and from the recent Road to CAS event, were discussed. During the break a video on cartoons for resilience was shown. Cartoons can indeed lead to serious fun! They can be used as ice-breakers and lead to serious discussions on complex topics.

“Why do we need Integrated Risk Management? Just watch this animation to see the clearer picture of IRM and why we absolutely need it”, Yohan R. Santosa, PfR Indonesia on Twitter. 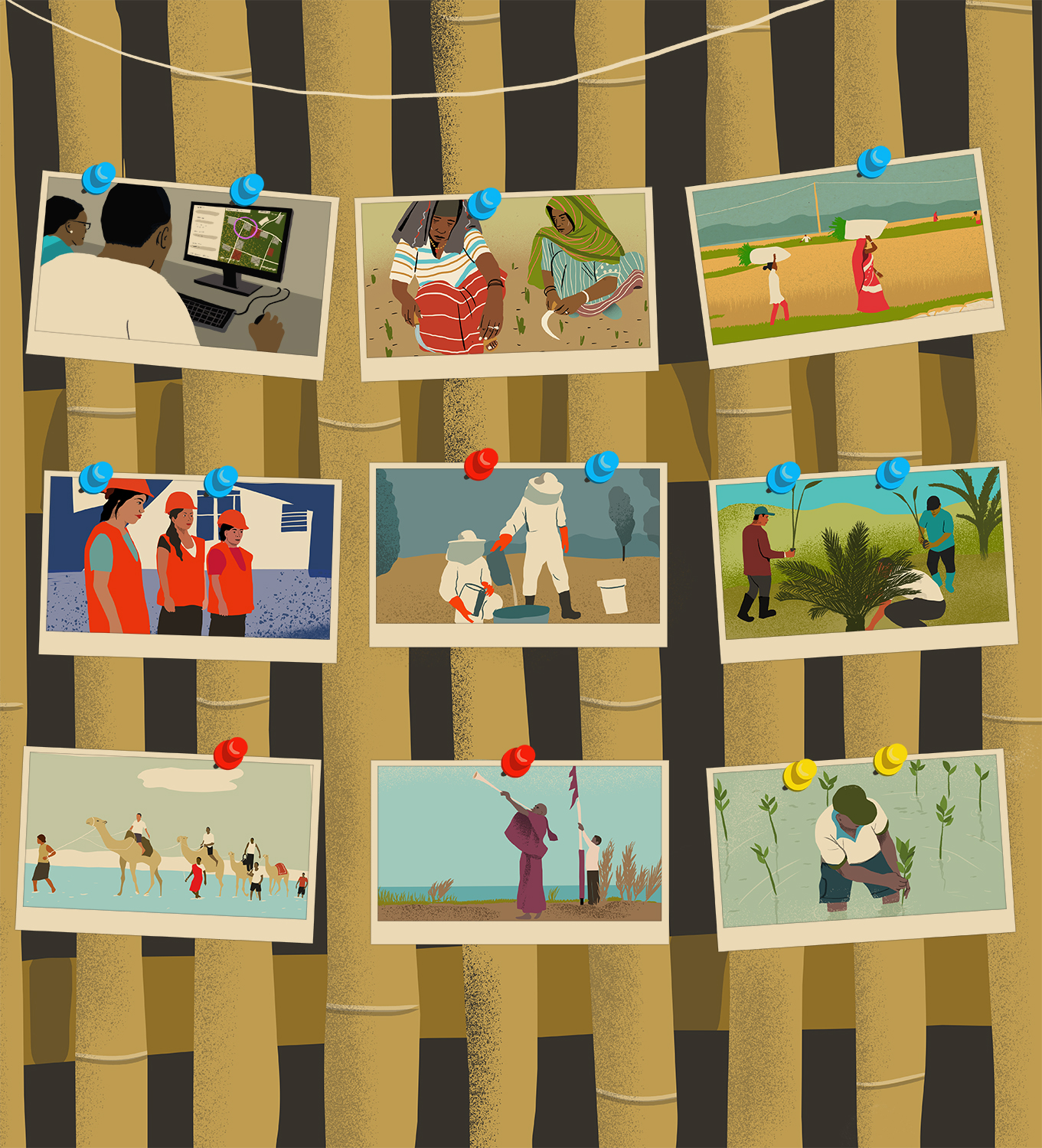 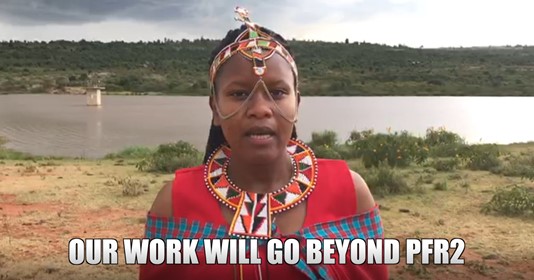 A special video was made on “passing the baton”

Reflections on 10 years of PfR and the way forward

Different speakers reflected on 10 years of PfR: the challenges, the experiences, the learnings, and the results, and how to take the PfR legacy forward in the upcoming decade of action.

Isabella Ann Mendoza, of the Institute for Climate and Sustainable Cities in the Philippines, cited research initiatives with Visayas state university had generated “localized projections for climate change that inform local planning”. She said that through these efforts, “we have been able to raise the capacity of vulnerable communities to generate and understand the evidence before them and mobilize the manpower and resources they need for their right to sustainable development and resilience. We have been able to break through the siloed and highly sectoral perspective of local policies and collaborate across political jurisdictions towards genuine landscape approaches.”

Jorge Alberto Ruiz Ordoñez, National Technical Coordinator for Wetlands International in Guatemala, described PfR’s contribution to the 12-strong inter-university platform for disaster risk management, the first academic organization of its kind there, which now had the support of the government through the CONRED agency. “We know in the coming decade the work of the platform will continue to evolve and gain relevance. As these objectives are fulfilled, disaster risk management will become one of the priority subjects addressed from different academic perspectives by universities.”

From Uganda, where PfR has been working on the development of a climate bill which is now awaiting approval by lawmakers, Christine Kaaya, a coordinator for the Parliamentary Forum on Climate Change, said the alliance had been “very instrumental” in supporting the harmonization of positions by the various stakeholders involved. She added: “PfR has also been instrumental in capacity-strengthening of Members of Parliament in integrated risk management through exposure in workshops, and that has also helped the incorporation of some of these IRM approaches in the development process for the climate change bill.”

Inbetween a great video was shown: “passing the baton”. Many people contributed with short film clippings, which were compiled into one overall film, showing highlights and learnings from the PfR programme.

A new flagship report detailing a decade of work by the Partners for Resilience alliance was symbolically presented to the Netherlands government; the report – Local Action, Global Ambition – was passed by Juriaan Lahr, Director of International Assistance at the Netherlands Red Cross (NLRC), the PfR lead agency, to Pieter Copper, Senior Policy Officer on Climate at the Netherlands Ministry of Foreign Affairs, who said the most obvious opportunity for future joint work “very much relates to the progress of sustainable development and poverty reduction, and on the humanitarian side as well.” He added that this had all recently come under huge pressure from what he called “the three C’s”: COVID, climate change and conflict. More than ever, there is a need to work together, and with the approaching fifth anniversary of the Paris Agreement “hopefully we can celebrate a big leap forward on that as well.

Find here the recording of the “passing the baton ceremony" 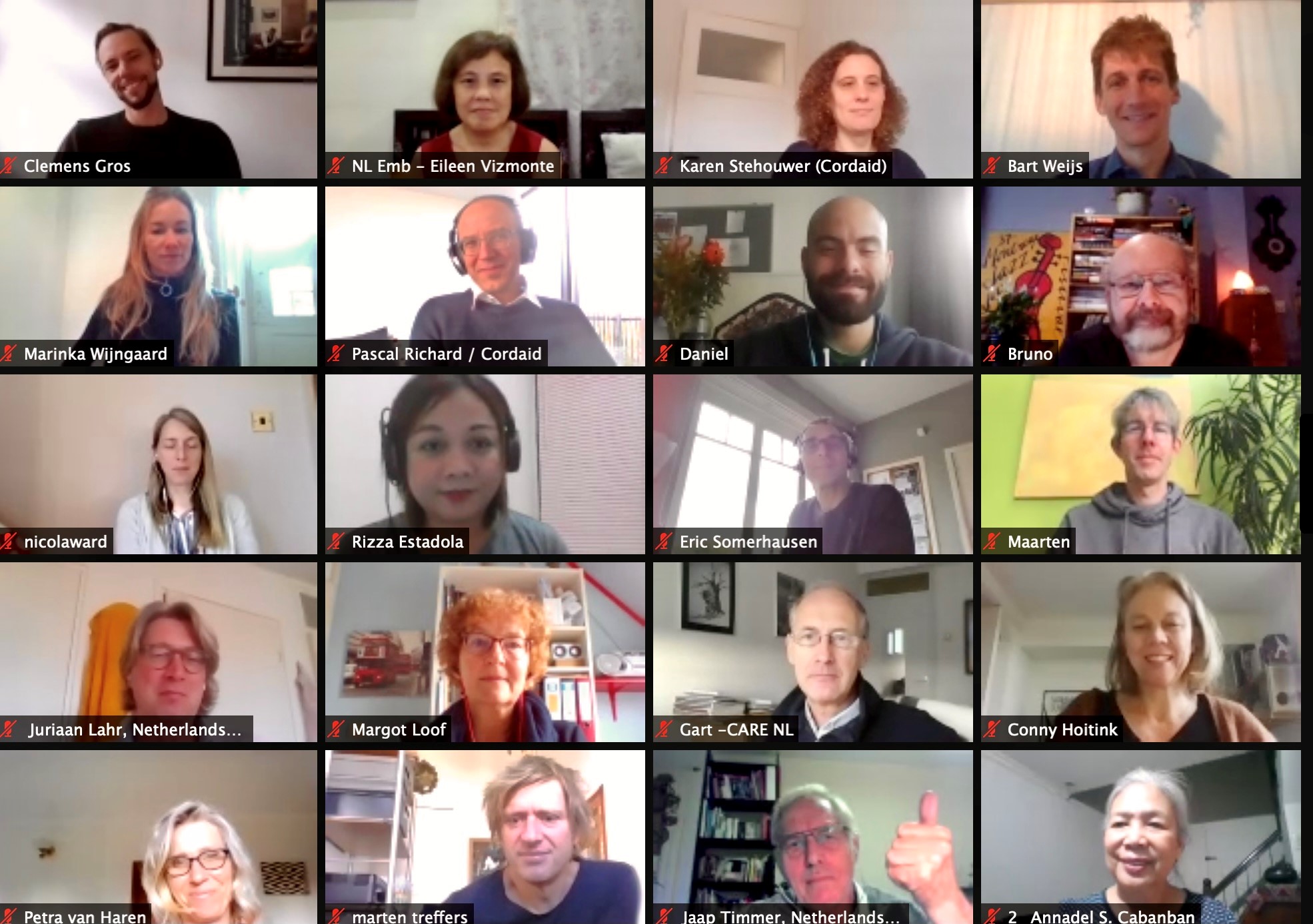