Local context
Guatemala is considered the fifth country in the world most at risk from natural disasters, due to its geophysical conditions, population density and poverty levels. The country’s high vulnerability has a high human cost and at the same time a negative impact on productivity, which creates a setback in the country's development. Between 2014 and 2015, Guatemala experienced the impact of an active El Niño weather pattern, resulting in prolonged drought and food insecurity. In 2018, the country suffered one of the worst natural disasters in Latin America, the eruption of the Volcano of Fire, burying communities causing loss of life, as well as loss of homes and livelihoods. 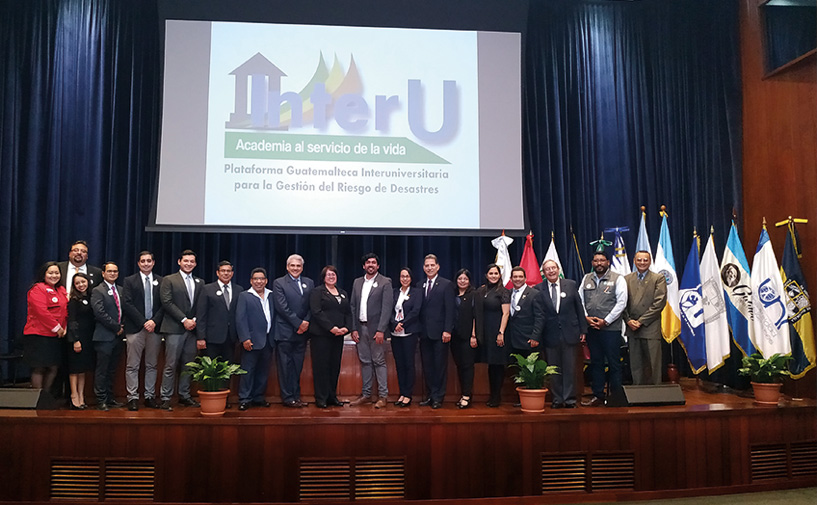 Key institutions within the academic sector in Guatemala have joined the Inter-University Platform for Disaster Risk Management (spanish acronym InterU-GRD) to contribute to the development of Guatemalan society and the most vulnerable communities within, and to develop knowledge on disaster risk management, strengthening the national policies and practices.

The programme: Dialogue and Dissent

The Guatemala Partners for Resilience Programme is implemented with the overall goal of enhancing the resilience of vulnerable communities to the disasters provoked by climate change and environmental degradation. This is done through an Integrated Risk Management approach. In collaboration with designated government institutions, networks of national civil society organisations, and regional platforms, such as the Coordination Center for the Prevention of Natural Disasters in Central America (CEPREDENAC), the programme has supported (among others) the activities below.

Examples of the activities and achievements in Guatemala:

The InterU-GRD Platform is a space that promotes the academic work of universities in Disaster Risk Management, aiming at increasing resilience in Guatemala and promoting its experience across the Central Ameri..

Report of the Regional Workshop IFRC "Joint Efforts for DRR and CCA in the Americas" organized last November with the funds of the Netherland RC/PFR. This workshop was organized in collaboration with the Climat..

Leading the way in gender equality in Guatemala

Inspiring story from Guatemala about how PfR is working with CONRED (the Office of National Coordination for Disaster Reduction) who is responsible for preventing, reducing and responding to disasters, introduc..

Diagram to explain IRM as a goal and driver of innovation