This story was published in a supplement of the Dutch Newspaper Trouw, in the context of International Women's Day (8 March). Text: Milouska Meulens. Photography: Mona van den Berg.

In Uganda, tens of thousands of people depend on wetlands that are under pressure. There is now a rescue plan in which women, such as Kevin, Lucy, and Sarah, play a crucial role.

Her name is Kevin Apio and that does not surprise anyone in Te Abala, a village in the Ugandan district of Otuke, north of the Nile. Kevin is a common name for women here. Like most people in Uganda, she has two names: a western one for official occasions and a traditional one for the home that indicates what place someone has in the family. Apio is the Ugandan name among her Langi tribe for the first-born girl of twins.

Surrounded by a cloud of dust, Kevin sweeps up her yard at six in the morning. “That’s how all my days start: getting up at the first light, sweeping outside, brushing your teeth and getting started.” Check whether the pineapple is already ripe for sale and work the land, sweep in, get water, gather firewood, cook for the children, adjust clothing as extra income, get water again to wash everyone with, sleep. It is a life that looks like the one of many women in her region. What makes hers different from her fellow villagers’ one is that 27-year-old Kevin can read and write. “I was in elementary school for seven years from the age of ten,” she says modestly and proudly at the same time. She sits on a homemade mat of papyrus, in the shade of the tree in the yard.

“I enjoyed learning, but my parents didn’t have the money to pay for further education. I got married, had children, took in orphans, and helped my husband build our huts. But I wanted more. When I noticed that the records of our village meetings were incomplete, I stood for election as a board member of the Wetland Management Committee of CARE,” says Kevin

Kevin was elected secretary because she speaks some English, raises her voice and can take minutes.

The committee is committed to preserving wetlands; vulnerable wetlands are relatively common in Uganda and are essential for the population. The marshes are an indispensable source of water for humans, animals and agriculture, and play an important role in keeping bees and collecting wood. The rise of industry and climate change pose a worldwide threat to these unique biotopes. Water-rich nature dries up, species disappear, land erodes.

Together with other aid organizations and the Ugandan government, CARE devised a rescue plan with protected strips of swamp. This plan is distributed by the various committees in their own communities. They translate the new sustainability policy to farmers, entrepreneurs and housewives; literally, in one of the 58 languages ​​of Uganda. And figuratively, to the perception of people who have to adapt age-old traditions now that the climate is changing.

The core of the rescue plan is that within the protected strips, no trees can be harvested for the production of charcoal and no crops such as rice, beans and cassava may be grown. This is harmful because it causes the swamp to dry up and then wash away the fertile upper layer in the rain. Kevin’s committee knows that “may not, cannot” is meaningless.

“We offer alternatives,” she says, “then people will cooperate.” Her patience and friendly approach also help: the advice is put into practice, nature flourishes, and neighboring districts take over the environmentally conscious lessons. Within a fenced strip near the water, the locals can still do a lot: get clay to bake pots, hunt for rats and fish for sale, collect honey and white ants to eat and harvest sisal to make rope with. 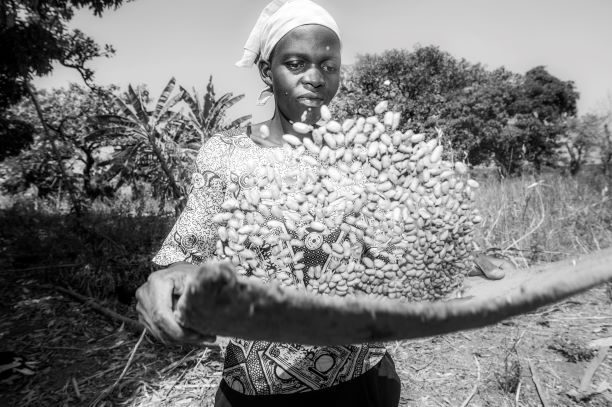 “Traditionally, men in Uganda are interested in entrepreneurship and women in environmental projects such as wetland management,” said assistant commissioner Lucy Iyango at the Ministry of Water and Environment in Kampala. “In addition to the shared marital responsibility for income, African women must also ensure that eating is possible. If too many trees are felled, there is no more fuel. If swamps and streams dry up, there is no drinking water. And if the soil scales, crops fail. Mothers suffer because they have to work harder for food and walk further for water.”

The cooperation with CARE in wetland management is therefore important for Iyango. Because women with influence are more resilient and can in turn teach others how to deal with the consequences of climate change.

Sarah Ejang proves in the Otuke district that women can also increase their influence outside the home. She participates in a popular savings and loan system (Village Savings & Loans Associations, or VSLAs) that provides financial support in communities where people do not have bank accounts. In the stone building that she built as a living and working place, Sarah talks about her career with enthusiasm and humor. “I used to sell meals at home. By borrowing and saving, I was able to invest in a restaurant and in the production of shea butter.”

The oil required for Sarah’s shea butter is extracted from the fruits of the shea nut tree and used for consumption and in cosmetics. Before CARE’s intervention, the trees were cut down like firewood, but now people realize that in the long term it will be more beneficial if you leave the trees and harvest the nuts. Shea butter is also on the rise in Western countries. Sarah quickly realized that it is big business. Ten people are now working for her and she is helping even more people move forward.

“Everyone in the community benefits from it as more people develop. That is why I approach widows and single mothers, but also, for example, boys with HIV. I help them with an education, hands on skills training like tailoring, carpentry or work,” says Sarah.

“I want to go into politics,” Sarah laughs, “I will stand for election as a district councilor next year. I don’t have to become a president, telling the government what’s going on here is enough for me. “

Kevin also speaks out openly to managers about what is going on. At the end of the day she is sitting under the tree in her yard. Her children have eaten, the clothing of her customers is stunned, the day is almost over.

“I want my community to have a good life and nature to be preserved. I can do that by opening my mouth and telling politicians about our situation. Using my qualities for the benefit of the community, that is my mission for the future,” says Sarah.