The Sendai Framework is an international agreement that lays out the priorities and actions for member states to reduce the risks to disasters. In the agreement, it is emphasised that states have the primary role to reduce the impact of disasters, but that other stakeholders (for instance on the local level) should contribute to this goal as well.

How can local communities and government actors translate these priorities to preparedness plans that fit their local context? In order to do this, community members of Oelbiteno Village in Indonesia and Partners for Resilience (PfR) partner Perkumpulan Relawan CIS Timor used the Views from the Frontline survey; a survey to collect data and identify disaster risks at the local level. The outcomes of the survey resulted in a community action plan that is tailored to the identified risks and needs of the community. To learn more about the survey and the community disaster plan, you can read their case study here. 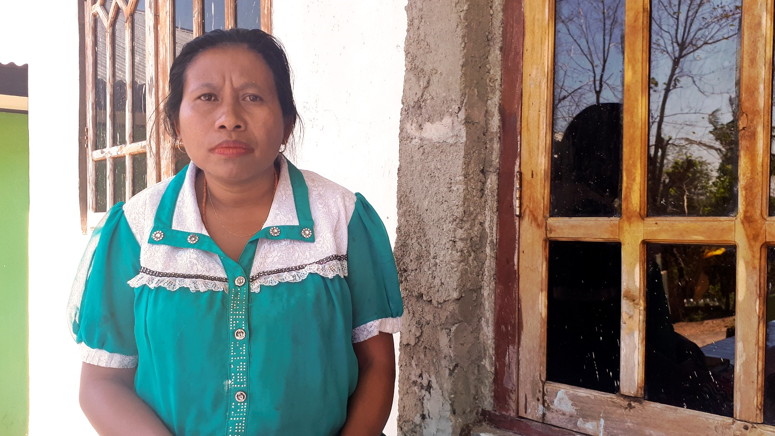 Community resilience in Oelbiteno village Indonesia
Living in Oelbiteno village, East Nusa Tenggara, has its challenges as longer periods of drought and typhoons are major risks that threaten the livelihood of the community. For instance for Mihalina Naben who is a member of the village’s farmers group and the chair of the Family Welfare Programme Group, an organisation that strengthens women’s capacity to be involved in the development processes of the village. The changing circumstances have reshaped the perspective of the community on farming and triggered Mihalina and other people in the community to start working on climate adaptive agriculture to be better prepared for disasters.

Using survey data to create a community action plan
In order to adapt to these changing circumstances, Oelbiteno village participated in a programme called Views from the Frontline. The Views from the Frontline is a global survey, conducted by the Global Network of Civil Society Organisations for Disaster Reduction, aiming at collecting data of local risks, and local risk reduction plans. The data provides a bottom-up perspective on progress made towards the implementation of the Sendai Framework for Disaster Risk Reduction. To conduct the survey, 51 community members of Oelbiteno village, including the village administration, were interviewed to identify the predominant risks in Oelbiteno. Based on the outcomes of the survey, PfR Indonesia facilitated the development of a community action plan. After sharing the main results of the survey, discussions with the villagers were held to explore required actions from the community to prevent and adapt to the identified risks.

Outcome: better preparedness to the next period of drought
The consultations resulted in a community action plan that encompasses planning such as climate adaptive agriculture, relocation to safe zones to avoid landslides and improving housing construction. As a result of the survey and the community action plan, Mihalina Naben and other members of Oelbiteno village’s community have been introduced to climate proof initiatives. The next period of drought will have less impact on the crops, and therefore on people’s livelihoods.