Water is a human right and Sustainable Development Goal 6 is crystal clear: water for all by 2030. By definition, this means leaving no one behind. The complexity of not enough water, or too much water and water quality is illustrated almost on a daily basis. Particularly this week devastating cyclone Idai showed its path of disaster in Mozambique, Malawi and Zimbabwe with millions of people affected as houses and roads submerged.

What do you do when suddenly all is gone? ‘Where there was land, there’s now sea. The city [Beira] itself is completely cut off. It’s really an island now in the ocean,’ said Matthew Cochrane of the Red Cross in Mozambique, adding that an emergency appeal would be launched to raise an initial 10m Swiss francs to provide mostly shelter and clean water.

Each year, water-related disasters, such as drought and flooding, affect approximately 160 million people, killing about 13,500 of them according to the ‘Geography of Future Water Challenges’ published by the Netherlands Environmental Assessment Agency. Flooding affects most of these people (106 million annually) and causes the largest economic damage (USD 31 billion annually). Fortunately due to improved early warning systems and increased disaster management capacity, the number of people killed by weather-related disasters has decreased over the last decades.

However reaching everyone, especially the most vulnerable and marginalised groups, remains a tremendous challenge. The IFRC 2018 World Disasters Report identifies five fatal flaws that are allowing so many people to fall through the cracks: too many affected people are 1) out of sight, 2) out of reach, 3) left out of the loop, or find themselves in crises that are 4) out of money, or deemed to be 5) out of scope.

A research from the MIT Urban Risk Lab shows the importance of being mindful about different contexts and local implementation: ‘climate adaptation projects are never win-win scenarios. They are negotiations over competing priorities, some of which have nothing to do with ‘resilience’ at all’. Furthermore, vulnerable groups and informal settlers often don’t have land rights and are ‘blamed as the cause of flooding. Planners identify informal settlements as a ‘danger’ rather than acknowledging how the municipality has failed these communities’.

Alternatives are also proposed, e.g. through projects that critically ‘envision transformative social and spatial change as part of environmental resilience.’ In her doctoral dissertation, ‘A Political Ecology of Design’, architect Kian Goh argues ‘design becomes part of a platform for organising’, a way for communities to visualize and formalize different ways of understanding and constructing the city.

Water as Leverage. An innovative way of working is being put into practise in three cities in Asia through the Water as Leverage for Resilient Cities programme – founded by Henk Ovink, Dutch Envoy for International Water Affairs at the Kingdom of the Netherlands. In September 2018, six multidisciplinary teams with local and international experts, started to work on the urban climate and water related challenges in the city of Khulna (Bangladesh), Chennai (India) and Semarang (Indonesia). Partners for Resilience (PfR) is an advisory board member and working closely in the cities of Chennai and Semarang with civil society organisation, communities, the multidisciplinary design teams and other stakeholders – to ensure that all voices are included during this prefeasibility phase, and to ensure that the proposed plans are aligned with local, provincial and national policies. It is a new way of working, bringing together development opportunities, visions & investments with humanitarian preparedness and response. The ambition is to have bankable project proposals funded, locally owned and implementable, whereby citizens, businesses, universities, governments, investors and all interested stakeholders are co-creating a shared and resilient future.

The conceptual designs that are being produced are of high-quality and address all aspects of life (water, living, housing, economics, investments, job-creation, environment, social and cultural activities and disaster risk reduction measures). Keep an eye out at the Netherlands Enterprise Agency (RVO) website for further updates, it is worth it! It is also important to realise that developments take many years before they are implemented, and therefore it is essential that disaster preparedness and ‘early warning early action’ remains needed until the (proposed) interventions have yielded the expected community resilience against natural and man-made disasters. It is important to continue to advocate for preparedness, resilience, and process funding throughout the feasibility and implementation phase. Partners for Resilience is working with local civil society organisations, strengthening their capacity to continue these dialogues in the future, to continue to engage with government, design teams and other stakeholders to ensure the plans are being realised, and will have a positive impact on the communities.

During this 2019 World Water Day it is important to address the complexity of dealing with water challenges, however also addressing how simple the solution can be: water is a human right. For all. And nobody should be left behind.

In 2015 and 2016, the world agreed on a complex set of global goals in the Paris Climate Agreement, the Sustainable Development Goals, the Sendai Framework for Disaster Risk Reduction and the New Urban Agenda. Water is linked to these global commitments. National governments and key stakeholders have committed to increase their investments with regards to disaster risk reduction, climate adaptation and implementation of the Sustainable Development Goals. Linking these frameworks to national planning processes is a major opportunity for Partners for Resilience to help ensure that these efforts contribute to forging an inclusive, and transformative, sustainable development agenda for 2030 and beyond. 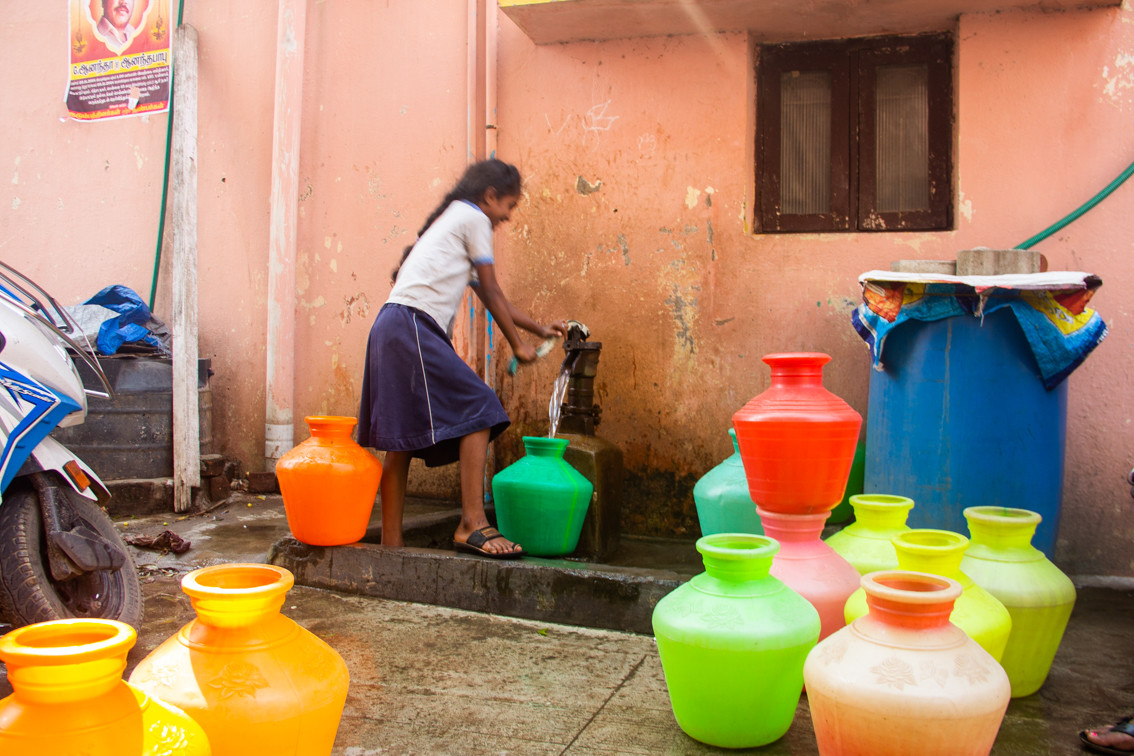