Climate change impacts women, men, girls and boys differently, and women tend to be relatively more dependent on the products of their local production systems for their food security, fuel and other products and services, and thus more vulnerable to the local-scale effects of  climate change (CARE, 2020). 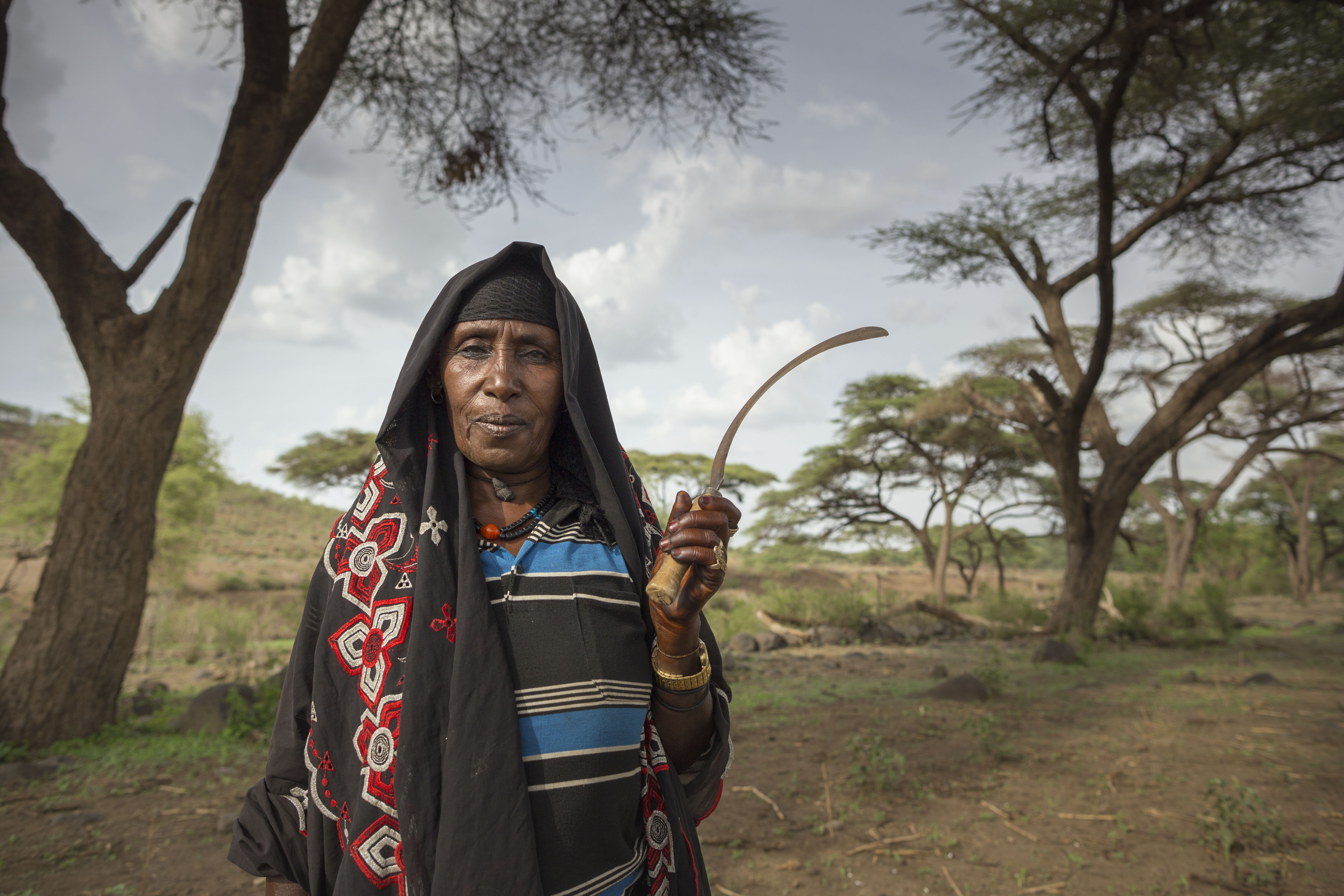 Ethiopia  I  For Kediga, resilience means being prepared to face the drought — together

Kediga Humed works hard and is dedicated to changing her life for the better. She farms and lives in the Beladulo village in the Afar region in Ethiopia. Characterized by an arid and semi-arid climate, Afar has erratic and low levels of rainfall. The recurring droughts that have changed the abundant grass and shrub landscapes have made life for pastoralists like Kediga both difficult and unpredictable. The next five years will see prolonged exposure to extreme heat in the region, resulting in heat stress on the community. Through Partners for Resilience, Kediga and her community received training in irrigation crop production, market accessibility and storage systems for agricultural products. This inspired her and the rest of the community to diversify their livelihoods and income streams so that they are prepared to face the drought. They farm, rear livestock, and they prepare to share their agricultural produce with relatives who are unable to farm during periods of drought. They are overcoming the lean period by helping each other. Watch this video about the way Kediga and others handle drought. 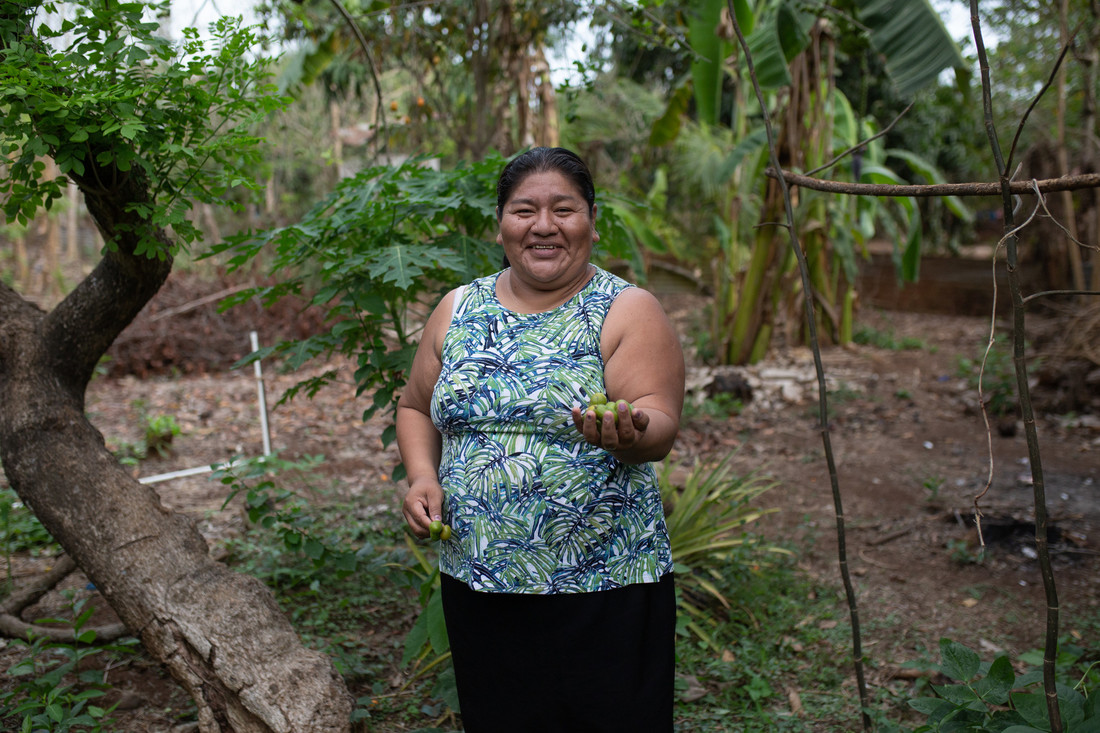 Raquel Vásquez knows there is an innate connection between the Earth and women: ‘’They both feed the world. They both give life.’’ Raquel leads the grassroots organization Madre Tierra in Guatemala. Over the last 24 years, Madre Tierra has been a safe space for Raquel to become an independent woman, interact with civil society and local and national authorities, and advocate for women’s empowerment. In the next 10 years, river and urban floods, heat stress and damaging wind speeds are likely to occur in Guatemala. Partners for Resilience supports Madre Tierra members by sharing knowledge about the consequences of climate change and how to adapt. This knowledge is crucial for women’s empowerment: Guatemala is highly vulnerable to disasters, and women and girls are more likely to suffer when the land, forest and water resources on which their livelihoods depend are heavily impacted. In Raquel’s community, climate change was first felt in the form of water scarcity. For Raquel, one thing is clear: without women, there will be no solutions. She reasons that, “Considering that the destruction of the Earth is caused by human beings, the solution is in our hands.” Watch the video about Raqual's story of resilience 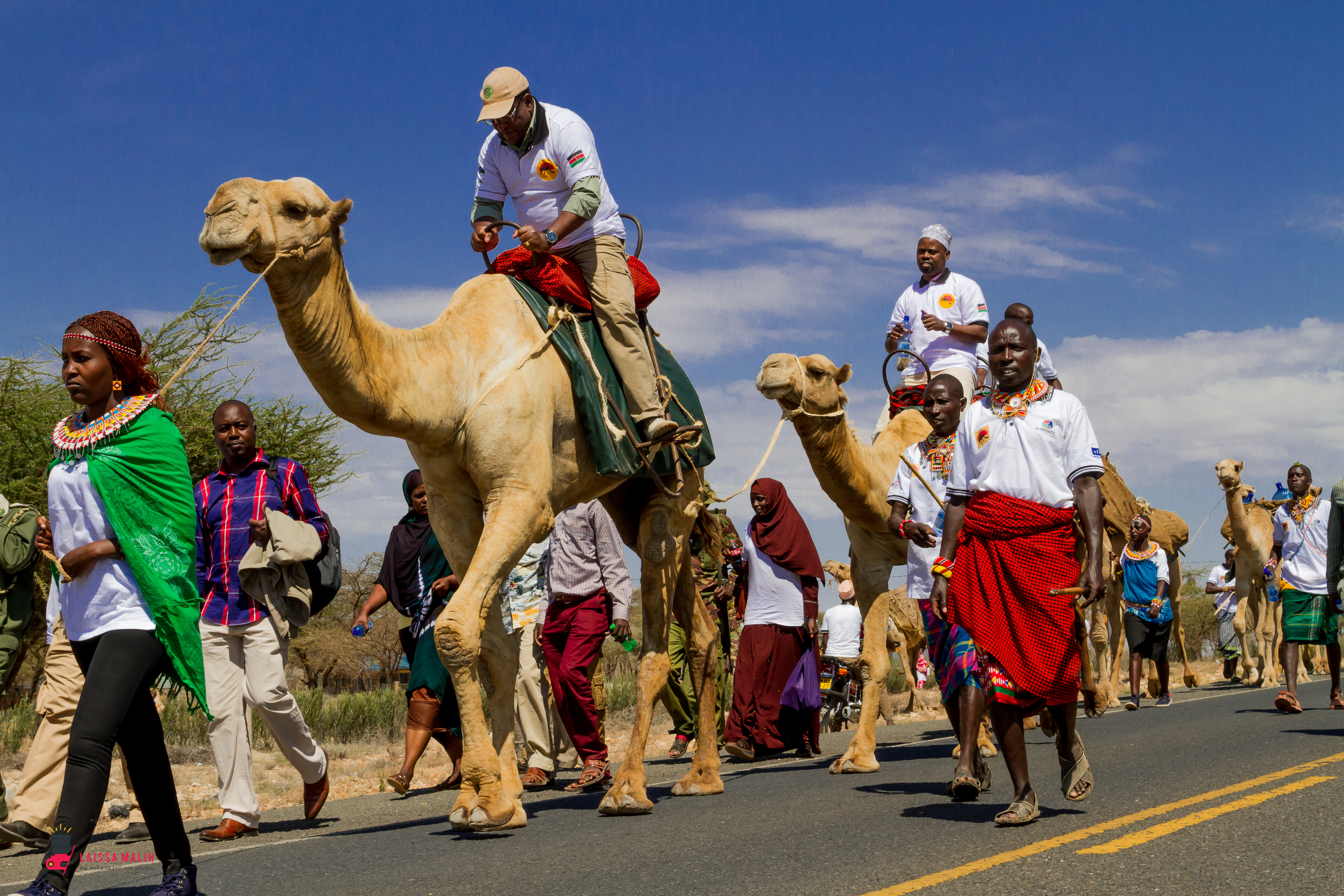 Kenya  I  For Agnes and the people living along the Ewaso-Ng’iro, resilience means joining together to overcome adversity

Just like thousands of communities in the Waso area in Northern Kenya, Agnes Lengínai’s livelihood depends on the Ewaso-Ng’iro river. Year after year, Agnes has witnessed the river reach dangerously low levels with increasing frequency. The low river levels are mainly caused by human activities such as irrigation, but they are also the result of the unforgiving effects of climate change. Increasing scarcity has led to perennial conflicts over water and pasture lands during the dry seasons—conflicts that risk being exacerbated by the construction of a mega dam on the river. In 2017, Agnes took part in the Camel Caravan Walk , organised in collaboration with Partners for Resilience. Along with more than 200 participants, Agnes led a camel to the various stops along a 240 km journey to advocate for the protection and restoration of the basin ecosystems and to promote peaceful co-existence among the communities who depend on the river. Communities and officials heard the Caravan’s calls and, among other things, discussed a policy for sand harvesting and called for the organization of a river convention. Watch this video about the Camel Caravan Walk 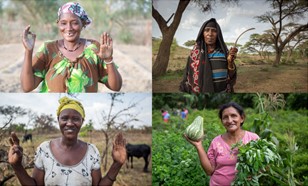 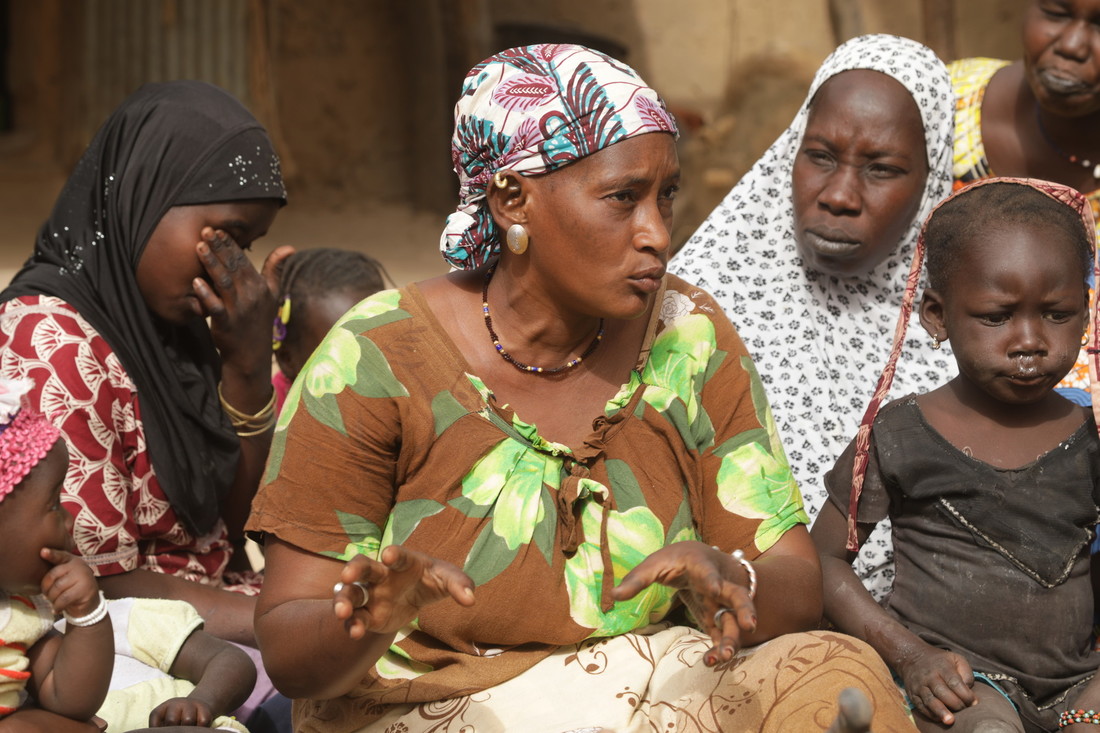 Mali  I  In Fanta’s community, resilience means that women have rightful ownership of land

Fanta Bocoum is a 41-year old mother of four living in Ouenkoro, Mali, in the Inner Niger Delta. When Fanta became a widow, she was forced to abandon her land. This made her particularly vulnerable in a context where land is the main means of production. As droughts are expected to increase in frequency in the next decade, access to land will guarantee various underlying rights, such as the use and control over food and non-food resources. A lack of access for Fanta means a lack of control over her family’s well-being. Through Partners for Resilience, Fanta got involved in a women’s union and a community coalition that has been trained to better organize and advocate for land tenure systems. Fanta lobbied elected officials, traditional chiefs and landowners for changes to land tenure and the allocation of land to women. ‘’The land is everything to us. Without it, we cannot live,’’ she proclaimed. The mayor, landlord and the sub-prefect in her district listened and signed an agreement to transfer property to Fanta and other women in Ouenkoro. Now Fanta is an inspiration to many and is determined to continue her efforts. “I’m using my voice, and it’s working,” she said. Watch this video about Fanta's story of resilience 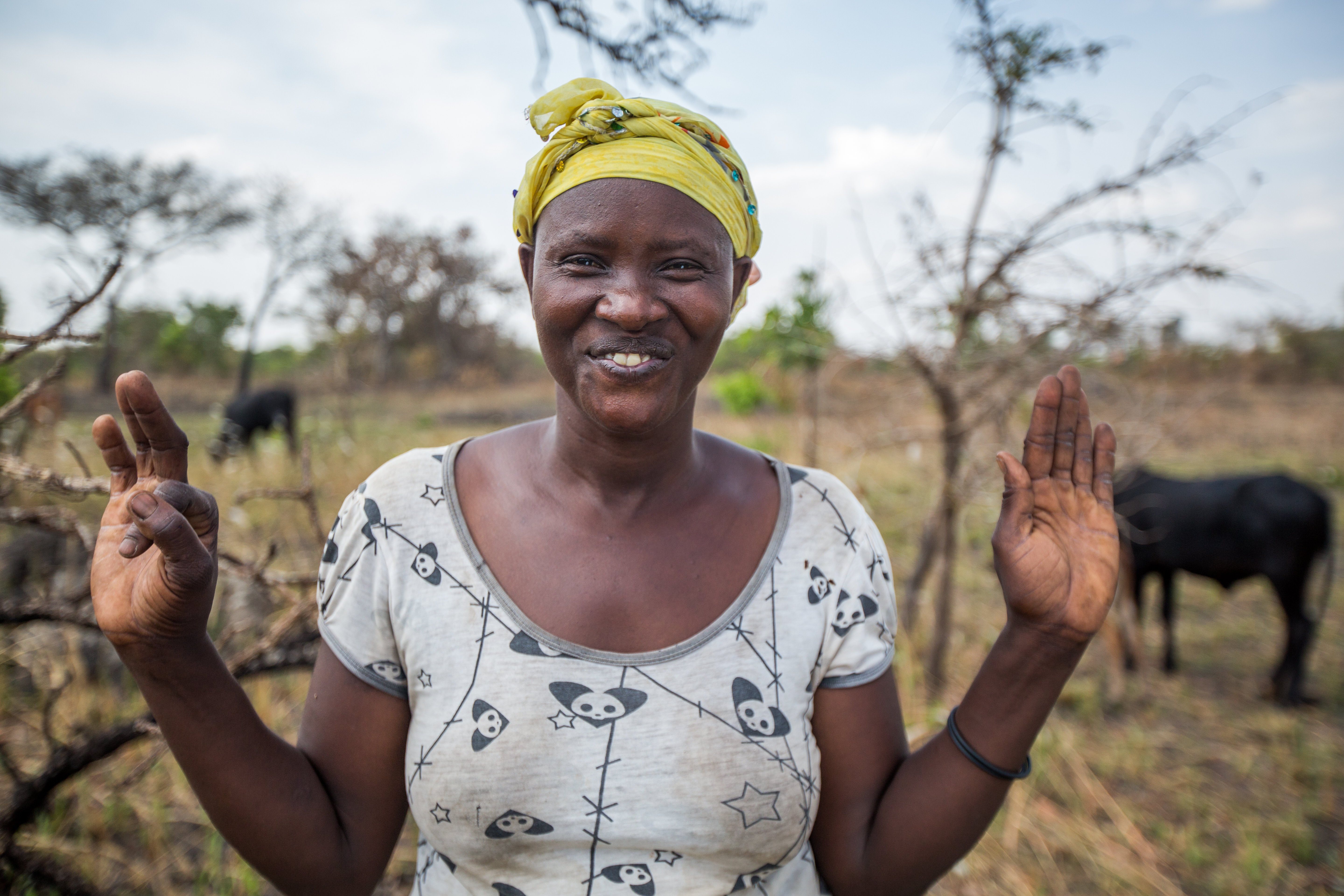 Uganda  I  For Kelle and her community, resilience means that their voices are being heard at national and global levels

Kelle was just a child in 1986, when an attack from Karamojong pastoralists forced her and her family to flee from her home in the Lango region of Uganda to Internally Displaced People’s camps. When Kelle’s community returned to their village, the landscape—once bushy with huge trees, lots of grass and vegetation—had changed. The community resorted to negative coping activities, like charcoal and bush burning, to sustain themselves. Partners for Resilience offered to train the community on the importance of preserving the swamps and planting trees, and created an income-generating opportunity through beekeeping. Kelle is now a courageous and strong-willed 40-year-old farmer who grows rice and cassava. She earns additional money from beekeeping and selling the honey locally. But the threat of climate change is a challenge requiring concerted effort and national will. In consultations about the National Climate Change Bill in Uganda, Partners for Resilience shared the experience of Kelle and her community in dealing with droughts. It lobbied for the bill to include gender as a priority area and to provide for the sustainable use of forests and wetlands. In this way the knowledge of the global partnership was combined with local knowledge in the National Climate Change Bill. Watch this video to leatn more about Kelle's story of resilience in their community. 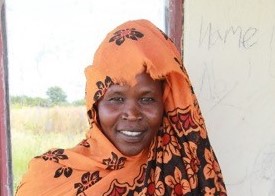 South Sudan  I  For Kiden and her community, resilience means scalable solutions to a sustainable way of life, no matter the fragility of their context

Kiden lives in South Sudan, a country with an abundance of natural resources, but where years of conflict and marginalization have resulted in it being one of the most underdeveloped in the world. In addition, communities are affected by recurrent hazards, including floods and drought, and the associated risks are exacerbating the already existing poverty levels. This could worsen in the next 10 years, as projections indicate that the country will likely experience river and urban floods, heat stresses, wildfire and droughts. Sustainable resource management is therefore crucial. Partners for Resilience organized a practical training for community members on the production of fuel-efficient and briquette stoves. Kiden and other women in her community gained the skills to build their own cookstoves and embark on mass production. These new cookstoves reduced the use of firewood up to 66% per day, thereby also reducing the time needed to gather firewood.